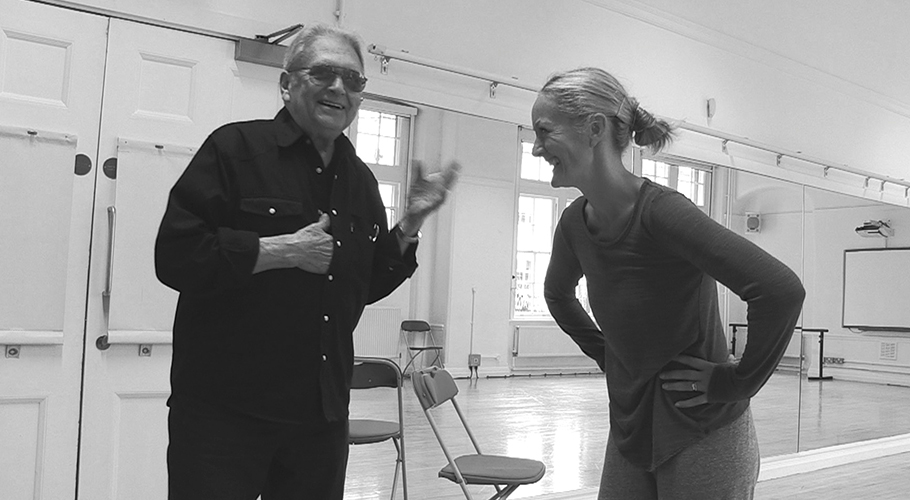 We are now at the end of our three week rehearsal period of reconstructing “Canciones Del Alma” originally created by Robert Cohan for Canadian dancer Susan Macpherson in the late 70’s. Rehearsals were spread over six sessions which began in the Founders Studio at The Place which seemed very fitting as  I was working in this studio with one of the Founders of London Contemporary Dance School, Robert Cohan.

I was very nervous at first, having learnt the solo from video footage I was not sure how much would be as Bob had originally choreographed. We had agreed that he would change anything that did not work as he wanted it to be right for me. As we broke down the movement  and talked about the emotional content of the piece everything began to fall into place. Bob was very careful not to give me too much information all at once as I was still trying to remember the steps and connect with the music during those initial rehearsals. But, as the rehearsals went on more and more information was passed on the solo became more about what was happening inside my body rather than what was inside my head.

I am hugely grateful for this opportunity to work with Robert Cohan, it has been, and continues to be, an incredible and enlightening journey as a dancer and choreographer. We are taking a break over October but will be back in the studio in November to continue  rehearsals of the solo and also embark on creating a new work of my own which Robert Cohan will mentor. More news on this soon……