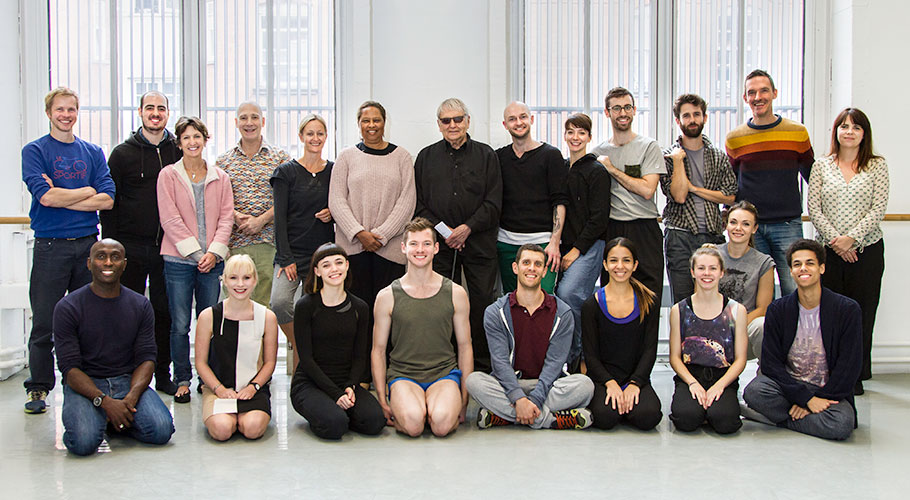 A Great Success! The 2015 pilot programme of the Cohan Collective, created by YDP in collaboration with choreographer, Robert Cohan CBE and composer, Eleanor Alberga and hosted by Middlesex University was a great success! It took place between 24th August and 4th September 2015, followed by a sharing before an invited audience at The Place […]

The 2015 pilot programme of the Cohan Collective, created by YDP in collaboration with choreographer, Robert Cohan CBE and composer, Eleanor Alberga and hosted by Middlesex University was a great success! It took place between 24th August and 4th September 2015, followed by a sharing before an invited audience at The Place on 5th September 2015. This pilot programme brought together three choreographers: Jonathan Goddard, Phil Sanger and recent Causeway Young Artist in Residence Charlotte Edmonds and three composers: Rolf Hind, Donna McKevitt and Andy Kyte. The company of dancers was comprised of a combination of professionals, recent graduates and students. The artists were mentored by Cohan and Alberga and leading the residency were YDP’s Director and Associate Director, Yolande Yorke-Edgell and Stephen Pelton, with additional support from Anne Donnelly and April Brown at Middlesex University. During the two weeks of the residency, Cohan technique classes were taught by Anne Donnelly and ballet classes were taught by Paul Libard, both of whom had worked with Cohan and Alberga during their time with London Contemporary Dance Theatre and throughout their subsequent careers. The focus of the residency was process not product in keeping with the project’s mission to further develop the depth and quality of choreographers’ and composers’ work and working methods. Plans are already in the works for next year’s expanded version of the Cohan Collective, so stay tuned…

It is both a luxury and a privilege to have a composer in such close proximity being so generous with their skills. To be part of the birth of these new small works is so exciting. Each collaboration stretched me in new ways. Staying open to other people’s working processes was sometimes a big stretch, but the rewards of trying to adopt alternative working methods have been many.