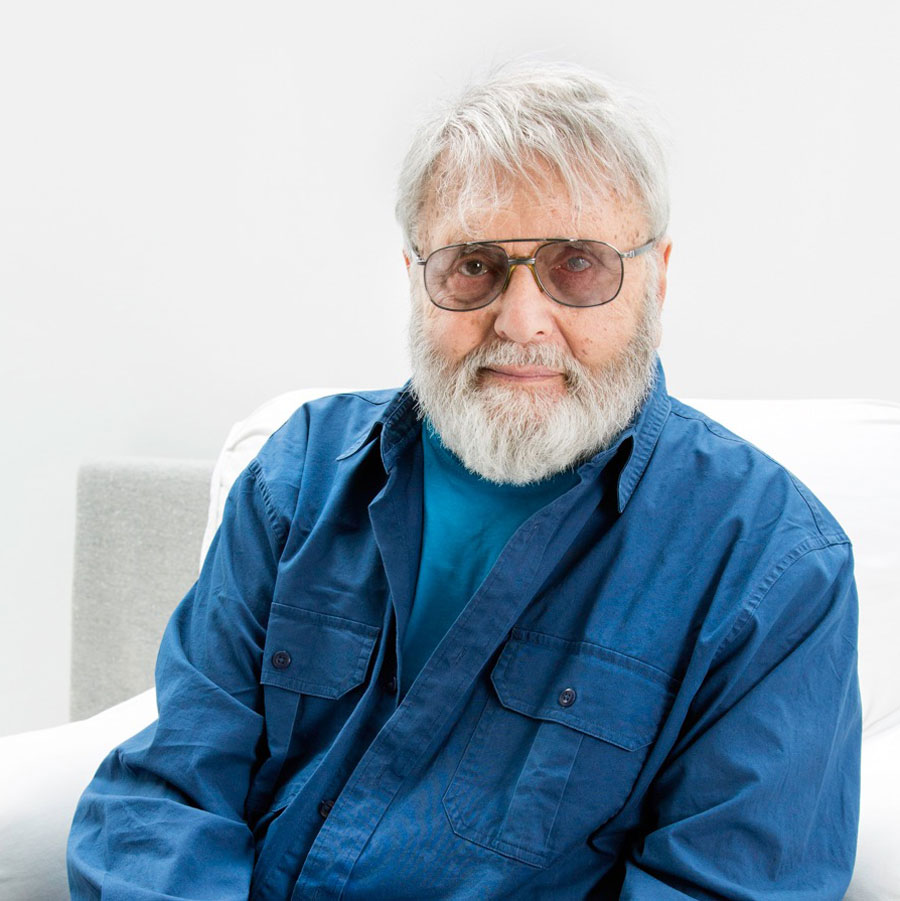 Born in New York in 1925, Robert Cohan trained at the Martha Graham School, and began his professional career in dance when he joined the Martha Graham Dance Company in 1946. He quickly moved to soloist and then performed throughout the world as a partner to Graham herself. He left in 1957 to start his own small group of dancers and started his long career as a choreographer.

Robert Cohan’s influence on the development of modern dance in Britain has been considerable. Having pioneered the teaching of contemporary dance technique in Britain, he was instrumental in the development of a vast following, not only for the repertory of LCDT in the 70s and 80s but through his pioneering residencies throughout the country, which laid the groundwork for the many other British companies that have grown up in the last twenty tears.

As director of LCDT he created many works for the Company in collaboration with leading composers and designers. Among them are Stages, No Man’s Land, Stabat Mater, Forest, Testament, the full-length Dances of Love and Death (commissioned for the Edinburgh Festival), Ceremony, Interrogations, Agora, Phantasmagoria and Video Life.

BBC TV, who commissioned A Mass for Man broadcast in 1985, has also broadcast his Waterless Method of Swimming Instruction, Cell, Forest, Stabat Mater and Nympheas.

As a teacher of contemporary dance he has taught extensively. Besides being a senior teacher at the Martha Graham School he worked at The Julliard School, Harvard, Radcliffe, and the University of Rochester in the US, York University in Toronto and at many colleges and universities in the UK.

With LCDT he won the 1975 Evening Standard Award for The Most Outstanding Achievement In Ballet and in 1978 a similar award from the Society of West End Theatre (now the Laurence Olivier Award). He has also been given several honorary doctorates including from the Universities of Kent, Exeter and Middlesex.

In 1988 Robert Cohan was awarded an honorary CBE in recognition of his outstanding contribution to dance in the United Kingdom. He has since taken British nationality.

In 2005, Robert’s 80th birthday was celebrated a symposium at The Place and a gala performance featuring Richard Alston Dance Company, Phoenix Dance Theatre and Ballet Theater Munich at Sadler’s Wells in London. In 2011, Richard Alston Dance Company revived Robert’s 1989 LCDT work In Memory. In 2013, he was awarded the De Valois Award for Outstanding Achievement at the 2012 Critics’ Circle National Dance Awards.

In 2019, Cohan was awarded a knighthood by Her Majesty the Queen for Services to Dance, as announced in the 2019 Birthday Honours List. The award is an acknowledgement of the exceptional contribution to contemporary dance that Cohan has made over seven decades.